Louder is Better? The EQ trap! 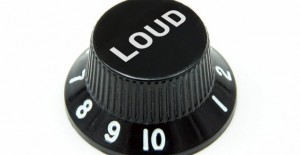 Loudness tricks of the brain!

By now you should know all about the Loudness War, and how our ears & brain are easily fooled into thinking Louder is Better. If you are an experienced recording or mixing engineer, you are probably well aware of this phenomenon, and have figured out your own methods of compensating for loudness differences so you can make more accurate judgements.

However, one area that often trips up engineers is in the use of EQ, and not realizing that adding EQ, even for a relatively small frequency range, is also increasing the level of that signal in those frequencies, thus making that audio louder.

As an example, I'll share a story from my early days of working at a major recording studio.

A band came in to mix a song that they had recorded somewhere else. This was in the analog days, so they didn't have the gear to mix on their own. However, they did bring in their live sound engineer to do the mixing, along with the manager and the rest of the band. I was there purely as an assistant, and was still fairly new at the studio, so I stayed out of the way and kept my mouth shut unless they asked for help in patching in some hardware, or anything else.

Right away, they fell into a common trap of inexperienced mixing engineers and band members. They started soloing each channel and then working on the EQ for each channel without listening to how is was working in the mix. We had a really nice old Neve broadcast console with some great classic Neve EQ. They would go through each band on the EQ for each channel, and starting cranking up the EQ. Being a Neve, of course it sounded sweet as they boosted the EQ on each band. As the engineer would boost the EQ, the manager and/or band members would say how that sounded better, so he would leave the EQ cranked. Mainly, they were adding a LOT of gain on each band of the four band EQ, and were falling for the ear/brain trick of LOUDER sounds better!  The Neve EQ on that board had pretty wide bell curves, so the boosts on all the bands were adding quite a bit of level across pretty much all the frequencies.

Finally, in frustration, they called me over to ask if there was something wrong with that channel on the board, since they had the fader cranked and could still barely hear the solo. I had been observing most of the time, so I already had a good idea of what was going on. I politely pointed out that they had almost all the EQ bands on all the other channels cranked up to near the maximum, which was adding a HUGE amount of additional gain/level to all those channels, but they didn't have any EQ at all on the solo guitar track, and so there was no way it could match the levels of all the other channels without somehow adding an equal amount of gain. You could solo the solo guitar and hear that there was clearly nothing wrong with the channel, it was simply that the fader didn't have enough extra gain to add to make up for all the huge EQ boosts on all the other channels.

At that point, the only thing they could do was add similar EQ boosts across all bands on the solo guitar channel to bring its level up, and they quickly wrapped up the mix and left. The next morning, the band's manager called and asked if I could redo the mix for them with just him present. I agreed, and we ended up getting a much better mix without all the extreme EQ boosts.

So, how can you avoid this "louder is better" brain trick when recording or mixing?

The most simple way to avoid the "louder is better" trick is to simply be aware of how our ears/brain are easily fooled, and to listen with that in mind. Even better is to use methods that allow you to compare the before and after sound at the same volume to see if what you did is really better or not. For example, if your plugin EQ has an output level control that only works when the EQ is engaged, you can lower the output level to match the input level so that you can get a fair comparison by simply turning on or off the EQ with the bypass button. This can also be done with compressors and other plugins that affect the level.

In addition to louder signals fooling our brain, we are also easily fooled into thinking brighter sounds better (up to a certain point), especially as our ears start to get tired. Part of this is the loudness thing again, as boosting high frequencies also adds level. But up to a certain point, brighter, even at the same volume, can also sound "better" to our ears/brain. As we work away at the mix and our ears start getting tired, we also start losing high frequency response of our ears faster than the other frequencies, and so we tend to start adding more and more high frequencies to the tracks we are working on. When you come back the next day with fresh ears, you may find that everything sounds harsh, brittle, and/or thin.

Your EQ controls go both ways!

In addition to trying to compare changes at equal volume, another way to combat these tricks of the ears/brain is to remember that EQ goes both ways! In addition to boosting, you can also CUT frequencies with EQ!

Many inexperienced engineers will use EQ only as an additive tool, just boosting frequencies until they get the sound they want, even if they aren't being fooled by the added loudness. But, for every EQ boost that you do, you can achieve the same effect by cutting the opposite frequencies.  Want to make a track brighter, you can cut some of the lows and mids with EQ to achieve the same effect. The interesting thing is that it is very hard for our ears/brains to perceive the level differences when cutting EQ, whereas when you boost EQ it is much easier to notice that the levels are louder. Some engineers swear by only using EQ cuts and never boosting. I'm in the camp of having a good balance between cutting and boosting, especially with modern popular music which is all about lots of processing.

As an example of a good balance between boosting and cutting, suppose you have a very dense heavy rock/metal mix with heavily distorted rhythm guitars taking up a lot of space in the mix. You need to make the vocal cut through that dense mix, but don't want to crank the volume to make the vocals much louder than everything else. One way is to really crank up the mid-range of the vocals to give them some bite, while compensating for the level difference to keep the vocals sitting where you want in the mix. But, that might take some extreme EQ and could make the vocals sound too harsh in sections where the vocals are more exposed. A better solution might be to scoop out some of the mid-range from the guitars, while adding a much more subtle mid-range boost to the vocals. That way, you clear out a bit of space in the mix for the vocals to pop through without having to do extreme EQ cuts or boosts.

Finally, I should mention that you need to protect your ears, and give your ears plenty of breaks, so that you can combat the effects of ear fatigue. You simply can't mix for several hours without any breaks and expect to still be able to hear things accurately. Once your ears start getting tired, you end up making poor mixing choices which you will just end up having to fix later.  Try to take a 10 or 15 minute break every hour or two to let your ears recover. Also, have some reference material handy that you can refer to often while mixing, so you can properly judge how your ears are responding.

You should also do the majority of your mixing at low levels. Sure, it's fun to crank the volume and feel the full power of your awesome mix, but that just fatigues your ears even faster, and could lead to permanent ear damage if you listen at very loud volumes for extended periods of time. Here again, we are tricked into louder sounds better! So, if you are mixing at loud volumes, your brain and ears are going to be fooled into thinking the mix sounds better than it really does!

If you can make a mix sound great at low volumes, then it should sound even better when cranked up!

You may need to have the large monitors on and turned up a bit when working out the low end of your mix, but for most other things, and especially when working on the overall balances, you will usually get better results mixing at lower volume levels. If you can get the mix sounding great, and can hear everything clearly, at relatively low monitor levels, it should then sound even better when you do crank up the monitor levels!

I will usually work on overall sounds on my bigger, full range monitors, at moderate levels. Then, when I'm ready to do my volume automation and work out the balance of the mix, I'll switch to my little Auratone monitors and work at a lower level.

Keep all of this in mind the next time you grab for that EQ, and hopefully you won't be fooled again!