The Secrets top Mixing Engineers don't want you to know!

Are the top mixing engineers hiding trade secrets and purposely misleading younger engineers about how to get great sounding mixes? 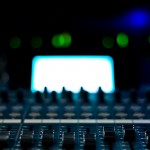 I recently saw a discussion on a Facebook group about this subject, which seemed to stir up a lot of debate. I only briefly scanned some of the replies, but it got me thinking enough about the subject to create this post.

More than one person in that discussion seemed to believe that there are some secret mixing techniques or gear that the top pros use that they carefully guard from public knowledge. Some even suggested that these mixing engineers are deliberately putting out false information, citing examples like the infamous Cher vocal sound on believe, which the engineer claimed was not AutoTune, but has now become widely known to be the distinctive sound of deliberate AutoTune abuse.

I will concede the idea that some engineers may not want to give away exactly how they achieved a particular sound. However, I will put to rest the idea that there is any kind of secret technique or super secret equipment/software that gives any of these mixing engineers an unfair advantage over the rest of us mere mortal engineers.  I will also say that not everyone can become a great mixing engineer.

First off, for those who don't know me, let me state my humble qualifications.  I've been producing, recording, and mixing music since the early 80s, starting out as a very serious hobby, and going fully professional in the 90s.  I got my professional start the traditional way by landing a position at a major recording studio in the Seattle area, and closely observing the senior engineers while assisting on their sessions. Even before I went pro, I was spending all my money on studio gear for my little home studio, and devouring all the information I could about recording and mixing. Any free time I had, I was working in my studio, producing music either on my own, or with singer/songwriters I found in whatever city I ended up in. I also have a very strong musical background, playing trumpet for over 20 years, plus a few years of piano lessons, and a bit of guitar, along with a father that was a band director. So, music was in my blood. I also was a computer geek, and taught myself programming at a very early age, so I've always embraced the technology of modern music production.  While I have won some awards for my mixing, I have mostly worked with smaller local artists (as well as many indy artists all over the world now via the internet), and never worked my way up to superstar status as a mixing engineer. But, I'm still doing this professionally and have a long list of repeat clients. I've also met and talked with some superstars, and have worked with several really great engineers at the major studio I used to work at.

So, what is it that makes a great mixing engineer?

It's actually quite simple!

That's all there is to it! (Actually, there is one other real secret that I'll share at the end)

It's the right combination of those factors that make a great mixing engineer. Let's take a look at these in a bit more detail:

Passion - If you want to be a great mixing engineer, you have to be passionate about music!  These days it's extremely difficult to make a living as any kind of recording or mixing engineer if all you do is music. So, you do it because you can't imagine doing anything else. Your passion for making great sounding music has to be what drives you. This passion needs to extend to all types of music, you can't afford to be a music snob in this business, although you can certainly specialize in genres after you establish yourself. I personally believe there is good and bad music in every style, and I try to keep an open mind and listen to as much music as possible.

Practice - Mixing is both technical and artistic, and just like playing a musical instrument, you need a lot of practice to really get good at it. It's not something you can learn to do in a few weeks or even a few months. The technical side is actually not that difficult to learn. Learning how to apply the technical knowledge in an artistic way, that makes all the elements of a song work together to enhance the emotional statement of the song, is something that takes a LOT of practice and experience to master.  You also never stop learning, you just keep getting better the more you work at it!

Natural Talent - Unfortunately, this is the part that stops a lot of people from ever becoming really good at mixing. This is probably the closest thing there is to a secret about becoming a great mixing engineer. You could take any number of young engineers, give them all the same training, and the same amount of time to practice, and some of them will be able to turn out great mixes, some will produce horrible mixes, and the majority will produce average sounding mixes. What separates them is some kind of natural talent. Some people are just better at some things than others. Great mixing engineers are the ones that just have some sort of natural instinct on how to put everything together in a mix in a way that simply sounds great and works for that particular mix. Some musical knowledge helps, but you don't have to be a musician to be a great mixing engineer. For some people it just "clicks" and they naturally progress much faster at mixing than everyone else. For others, it doesn't matter how much they practice, they just never seem to quite get there.

The Ability to Really Listen - This goes along with Natural Talent.  It has nothing to do with how great your hearing is.  I don't care if you claim you can hear all the way up to 20Khz. That doesn't make you a good mixing engineer. You have to be able to really listen to the music and all the tracks and be able to form a mental picture of what you want it to sound like, and what is the most appropriate direction to take the song. There are an infinite number of decisions you can make during a mix, and while there are no "right" or "wrong" ways to do anything, there are certainly decisions that are much more appropriate for that particular song. This is also why many engineers are reluctant to specify the exact gear and settings they used for a particular track, simply because there is no one setting that works for every song. A good mixing engineer will listen carefully to the song before they start doing anything at all. They don't just start immediately processing the tracks the way they did for previous songs. They first listen in order to form a mental picture of what that song requires to make it sound the best it can possibly be, and only then do they start processing tracks as needed to try to achieve that goal. They don't always get it right the first time either! Sometimes you need to reset and try again if what you tried doesn't seem to be working. Again, it all comes down to really listening to the overall picture and how everything works together to serve the song!

People Skills - This is one area that many younger engineers don't think about, but that is just as important, if not more so, than all the others! If you can't work well with others, you probably won't make it very far in this business. You will have to work with a very wide range of artists and bands, all with a wide variety of personalities. If you're not the type of person who can fit in with just about any crowd, or you are not able to keep you own ego in check, you probably won't get much repeat business, and word will spread quickly if you are difficult to work with. Many young engineers come out of recording schools thinking that they know everything, and that they certainly know better than the artist as to the best way to record or mix a song. I've seen many of those types of engineers come and go in the studios I worked with... they never lasted very long. If you want to get a lot of work, you have to be the type of person that people want to work with. That means listening to the artist, and trying out their suggestions even if you don't agree with them. In the end, it's the artist's name that goes on the song, and they are the one that is paying you, so they always have the final say! Also, you may find yourself surprised at a suggestion of theirs that you didn't think would work, but then turns out to be just the right thing to make the song stand out in some way (even if it's quirky or different from what you would have done). At the very least, you should try out the artist's ideas and then you can A/B it against the way you would have done it, and let the artist decide. It's all about working with the artist towards the common goal of making the song sound the best it can, rather than working against the artist and insisting that your way is always the best.

Putting it all together!

A REAL Secret of the Pros!

OK... I finally have to list at least one real "secret" that can make a HUGE difference in how great a mix sound!

A great mix starts with the source!!

Mixing and mastering are the last two steps in a long process. You first need a great song, with a great arrangement! Follow that by great musicians with great sounding instruments that are recorded in a great studio with great equipment by a great recording engineer, directed by a great producer. If all those elements are there, turning out a great sounding mix is almost as easy as just pulling up the faders and getting a great balance of all the instruments. Those are the types of projects that I live for! When you get a great song with all those elements in place, then your job is simply to enhance what already sounds good to begin with. Whereas, if you have a mediocre song that was recorded with mediocre musicians with cheap gear in an untreated studio, then you end up struggling to rescue the song and come up with even just an "OK" sounding mix. The old saying about you can't polish a turd definitely applies here.

That's the big secret of the top professional mixing engineers -- They are almost exclusively working on bigger budget projects with artists & labels that can afford to hire top musicians, studios, and engineers. They get to work with the best of the best, so the source material and quality of recorded tracks are there to begin with. They don't have to waste time replacing or fixing poorly recorded tracks. They can also afford to say "no" when they get a project that was not recorded well, or that has a poor arrangement.

« Getting Started as a Mixing Engineer or Music Producer
Louder is Better? The EQ trap! »