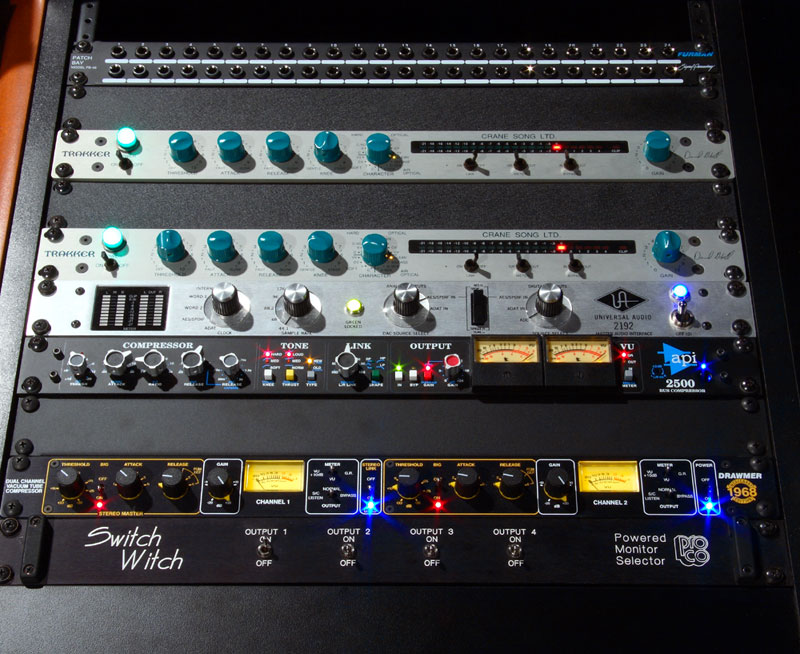 Hi ! My compliments for you clear summarizing answers (sorry for my English), I have seen different mastering suites plugin considering normalize option good about the album building starting from the several songs. Which is the correct workflow ?
Master first the more important song (Dreamed as a great “hit”), the loudest or the lower one ? and then take below the other songs volume (after mastered it but before limiting ) below this “custom reference” level ?
What about headroom to preserve, a compromise for all the songs of the album ?

Is it a must mastering taking in account not only K-meter choices but loudness metering too (LUFS-EBU-ITU-R128…) or it is only a technical work of the broadcast audio engineer ? I read some broadcast don’t accept bad lufs level…(?)

Do you know case in which the “using order” in a mastering chain fx doesn’t reflect the order of the chain itself ? (using for example bus compressor first also if it is close to the end of the chain, typically before the limiter..)

Do you know if would be useful mix and master with binaural listening too ?

Thanks much for your time and patience, Best Regards, from Rome 🙂

There are no simple answers, though, as there is not a definitive “right” or “wrong” way to do things in the audio world. If it sounds good, it doesn’t really matter how you got there.

Also, I will point out that, although I do quite a bit of mastering for clients, mastering is not my main job, and there are many high-end mastering engineers out there much more knowledgeable than myself when it comes to mastering.

Plus, I will also highly suggest you check out the books Desktop Mastering by Steve Turnidge and/or Mastering Audio by Bob Katz.  Both of these guys know a lot more about mastering than I do, and you can probably learn a lot from those books, although I haven’t personally read them.

For the first part of your question, regarding which song I start on, and which ones I do next, the answer is simply “it depends”.  For my process, I will usually open all the files in my mastering software, which allows me to quickly skip around during playback to any song at any location, just by clicking.  Makes it really easy for me to do comparisons very quickly.  Many times I will start with whichever mix that the artist and myself think sounds the best.  If the mix is really good, then we know that, in general, we are just trying to get the song up close to modern loudness levels, and do a bit of enhancement.  We usually try to work on a mix that doesn’t require lots of corrective mastering first, and then use that as a reference to match other songs to.  Other times I may pick the loudest song to start with, or the softest, or the one they want to use as a radio single.  But, yes, in general, I do the mastering for one song first, and then use that as a reference to try to match everything else to.

As far as headroom goes, unfortunately too many people are still too worried about loudness rather than sound quality, even though that is becoming less of an issue with most music players and services these days having built-in functions to try to automatically adjust the volumes of songs to keep the loudness roughly the same while you are listening. Thankfully, many of my clients don’t care if their songs are the loudest out there, so I can do the mastering in a bit more conservative fashion, getting the loudness up close to modern levels, but not trying to make them as loud as possible.  In some cases there will be songs that simply can’t be made to sound as loud as others, due to excessive bass or other types of sounds that may cause a bit more limiting distortion when pushing too hard. In those cases, I will adjust the mastering for the whole project with that song in mind, so that there is not a big loudness difference between songs.

I will refer you to the Bob Katz book when talking about metering and different ways of measuring loudness, and how that affects broadcast.  I deal mainly with music clients, and haven’t done any broadcast audio for a very long time now. In the music world, it seems that anything goes! Most people just go for as loud as possible and don’t care what any meters show.  However, recently iTunes has offered songs in a higher quality format, and have set some guidelines for a program they called “mastered for iTunes”, which does require that a bit more headroom be left in the final master to prevent inter-sample clipping (peaks between sample points that are clipping).  I have a certain RMS level that I use as my target point for the loudest sections of a song, that gets me close to modern loudness levels, usually with minimal damage to the audio.  It’s a good compromise range I shoot for that is certainly not as loud as a lot of music out there, but won’t sound too soft either and does the least amount of damage to the mix.

As far as the order of processing goes in mastering, that is usually a case by case basis. However, if there is any “rule” in mastering, it’s that limiting is always last in the chain so you can avoid clipping. Not every mastering engineer uses a digital limiter though… some of them use an analog mastering chain and then carefully set the levels going back into their converters. In fact, some of them will purposely clip their A/D converters to get a bit more loudness. But, these are higher end A/D converters that have plenty of extra headroom on the analog input side, and the amount of clipping is kept to a minimum to where you aren’t hearing the clipping. In general, though, when mastering “in the box”, the peak limiter needs to be the last item in the chain so you can prevent clipping in the final master.  As far as the order of any EQ, Compression, or other processing, that depends entirely on the song and what is needed to make it sound good. Sometimes you may use more than one compressor, and other times you may not use any compression at all. It really depends on what you are given to work with!

I’m not sure what you mean by binaural listening?  By definition, binaural means using both ears, which I always do!  There are binaural recording devices that look like a human head and basically have microphones where the ears are located, but that’s just a fancy recording technique and doesn’t really change how you would listen, although those types of recordings sound better when you listen through headphones.  If all you mean is if you should use headphones for mastering, my answer is that they should not be your only source for listening and making adjustments, but you should definitely be checking your work on headphones and any other sets of speakers or playback systems to have. Especially when you are just starting out, and don’t already have the experience and confidence to know how things should sound on your main system, you should definitely be checking on more than one system. These days many people listen with headphones or earbuds, so you should definitely be checking your mixes and your mastering on those. Headphones are also good for hearing small details that you might miss from speakers (depending on the quality of your speakers and your listening levels).  I trust my studio monitors and have been doing this long enough that I know how things should sound on my system, so headphones are usually just an additional check that I do for everything (both when mixing and mastering). I have a few sets of studio monitors and a trusted pair of headphones that I regularly use. I do more cross checking between those during the mixing process to make sure I get my mixes right to start with. In mastering, I’m usually just using my main set of monitors, and then will do a final check on the little speakers and on headphones to make sure everything works well on those.

Got a technical question you want to see answered here?